What Are the Benefits of Lactoferrin?

Well First and Foremost, what is lactoferrin?

The word lactoferrin is derived from Latin and a simple way to garner an initial understand of it is to start by looking at the literal makeup of its name. It is comprised of two Latin words: ‘Lactis’ meaning milk and ‘ferrum’ meaning iron. This gives us a basic idea of what it constitutes. More technically speaking, it is a multifunctional protein belonging to the transferrin family and is a globular glycoprotein found within bodily fluids including milk, saliva, tears, sperm, white blood cells, gastrointestinal fluids and bronchial mucus.

This particular protein is iron-binding and it is particularly abundant in mammalian colostrum or ‘first-milk’ and is also prevalent in human and cow milk. It forms a key component of the body’s immune system and more specifically, the innate immune system. This is a key presiding subsystem made up of cells and various mechanisms that help the body to deliver an immediate defence from infections. It provides the body with the natural ability to regulate the intestinal absorption of iron and the efficient delivery of iron and other essential trace metals to the cells. Lactoferrin supplements have seen extended use in recent years within medical circles due to the wide-ranging benefits it can provide. Extensive scientific trials have been conducted on it which continue to demonstrate its broad applications and its inherent ability to stimulate bodily healing for a variety of ailments. 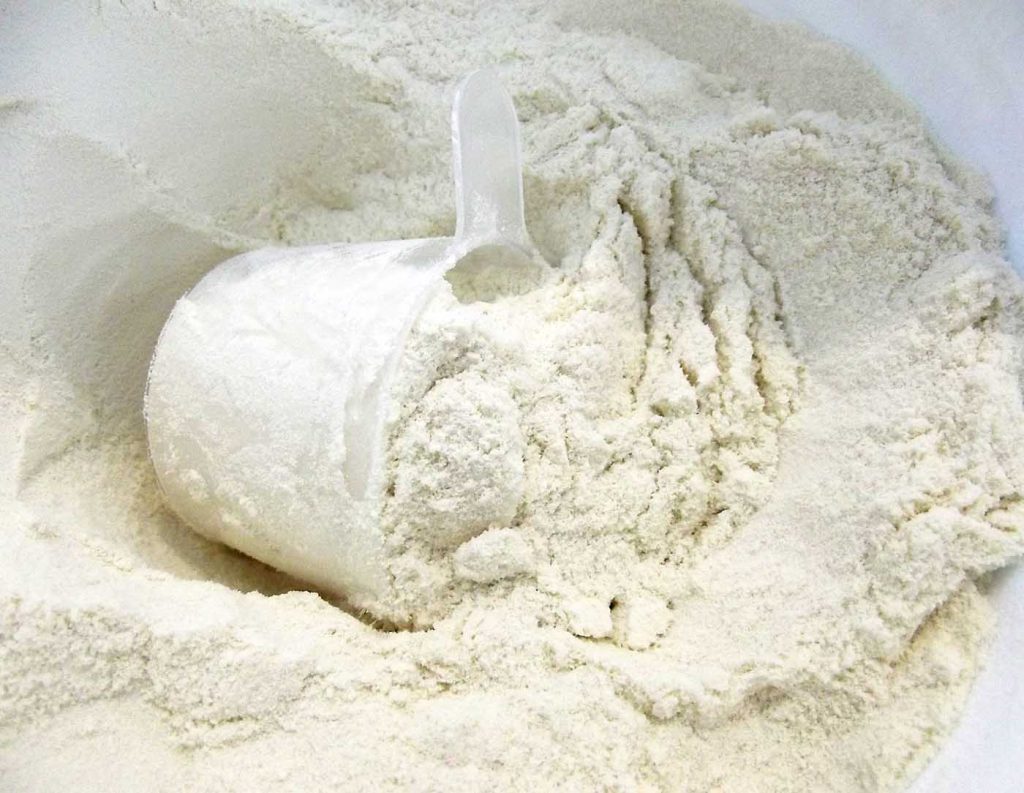 The Antibacterial Properties of Lactoferrin

Lactoferrin displays robust anti-bacterial properties and has the ability to destroy bacteria as well as the biofilm certain bacteria use to resist antibacterial effects. As an iron scavenger, lactoferrin reduces the levels of “free iron” in the body limiting bacteria’s ability to respire and consequently its growth. In addition to this, it boosts the phagocytosis ability of white blood cells greatly increasing the effectiveness of the immune system. The biofilm found on certain opportunistic bacteria acts as an armoured layer which increases the difficulty to eliminate these bacteria but lactoferrin acts to destroy this layer consequently allowing the immune system and antibacterial agents to successfully remove these types of bacteria.

The Anti-Viral Properties of Lactoferrin

Alongside its antibacterial properties, lactoferrin demonstrates strong anti-viral properties and can be used to treat Hepatitis C and other viral infections. It’s property to bind itself to the lipoproteins and host cells therefore inhibits a virus’ ability to replicate within cells. By providing competition for the common binding sites of both itself and viruses it accounts for decreased infectivity. As such it acts as either a protective layer or a means to limit viral replication.

Lactoferrin As a Supplementation

Adding lactoferrin supplements to your regime will boost your immune system, provide additional protection to the healthy cells present in the body and promote the growth of the beneficial bacterial flora in the intestines. There are also studies that are being undertaken, or further explored upon, which highlight the ability of lactoferrin to regulate iron metabolism, reduce the effects of aging, treat ulcers, prevent osteoporosis and improve skin complexion. These additional medicinal attributes continue to be explored and the examination of its further beneficial qualities is seeing extensive research. As a supplemental product it appears to be providing yet further positive traits and as such is gaining popularity and credence within the medical field.