Antique furniture is something which many of us take great pleasure in. Whether it’s for aesthetic reasons, historical association or love of antiques in general its popularity in homes is continually increasing. It can be used to complement modern styles in newly built properties as well as just in more traditional buildings, so it’s good to know the periods and styles of antique furniture.

The world of antiques is a veritable treasure trove of interest and half of the joy of owning any antique furniture is learning more about its history and influences. The sheer number of different styles is extensive but here is a brief description of a few of the most popular ones and their distinctive design elements.

The baroque style originates from Italy in the 17th Century. The baroque period is most widely known for its glamorous, flamboyant style and reflected a sense of drama and opulence. It originated in Italy but quickly spread across Europe as it was seen as a means of demonstrating wealth and power. 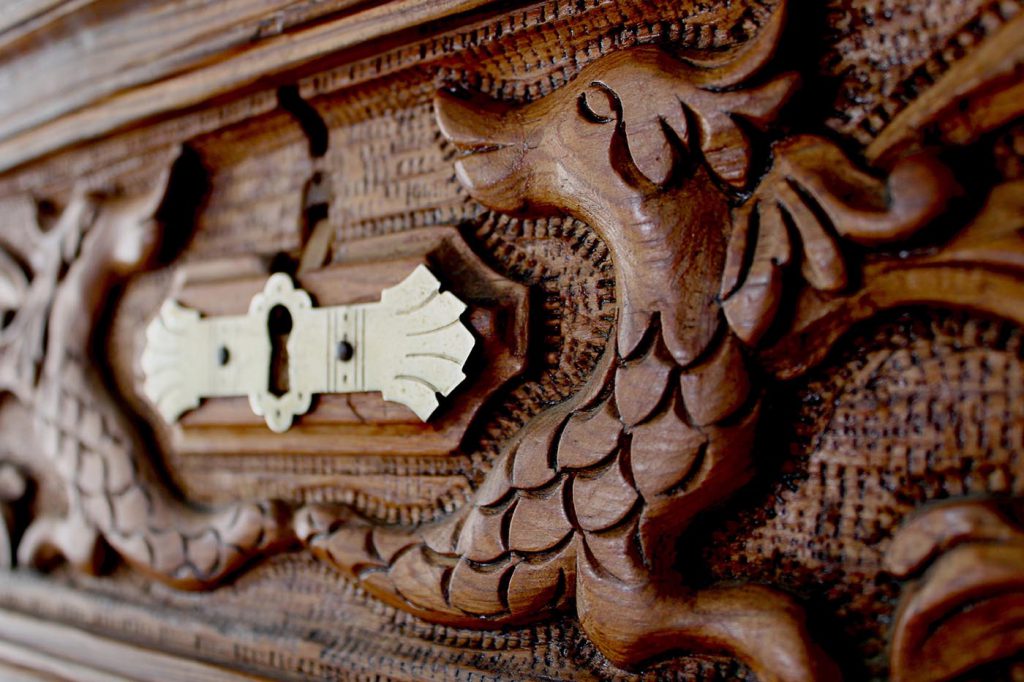 The word baroque can sometimes be used completely disassociated from the art movement simply meaning that something is elaborate. It is known for being highly detailed and ornate and baroque furniture is often favoured in homes that want to introduce focal pieces or an added sense of grandeur.

One of the most recognised styles of antique furniture and also one of the most popular. Art Nouveau dates from the end of the 19th Century to around 1914. The art movement incorporated a lot of floral motifs and designs as well as feminine curves and flowing lines.

The appeal of art nouveau furniture at the time was not as popular as many people would expect given its wide appeal now. The furniture was often difficult to mass-produce and so saw most of its demand remain in France and Belgium.

It was produced in factories and due to this saw a lot of derision from previous antique makers for not being precision handcrafted in their eyes. In spite of this, it retained an expensive price tag and was deemed a form of art furniture. This has potentially led to its increased desirability in recent times.

The Art deco movement quickly followed the Art Nouveau scene and first materialised around 1920. Being a shortened name of Arts Décoratifs, it had a more modern aesthetic to it than previous styles and made greater use of newer materials and technologies.

It was celebrated as a demonstration of technological advancement and was made famous in icons such as the Chrysler Building in New York. Art Deco constituted sleek lines, mathematical geometric shapes and made use of materials as lavish as crystal jade and ivory.

It should be noted that due to the Depression Post World War I many of these materials were replaced with cheaper ones such as chrome and plastic. Sometimes viewed as gaudy it is quite a modern-looking style that looks very distinct to more traditional styles.